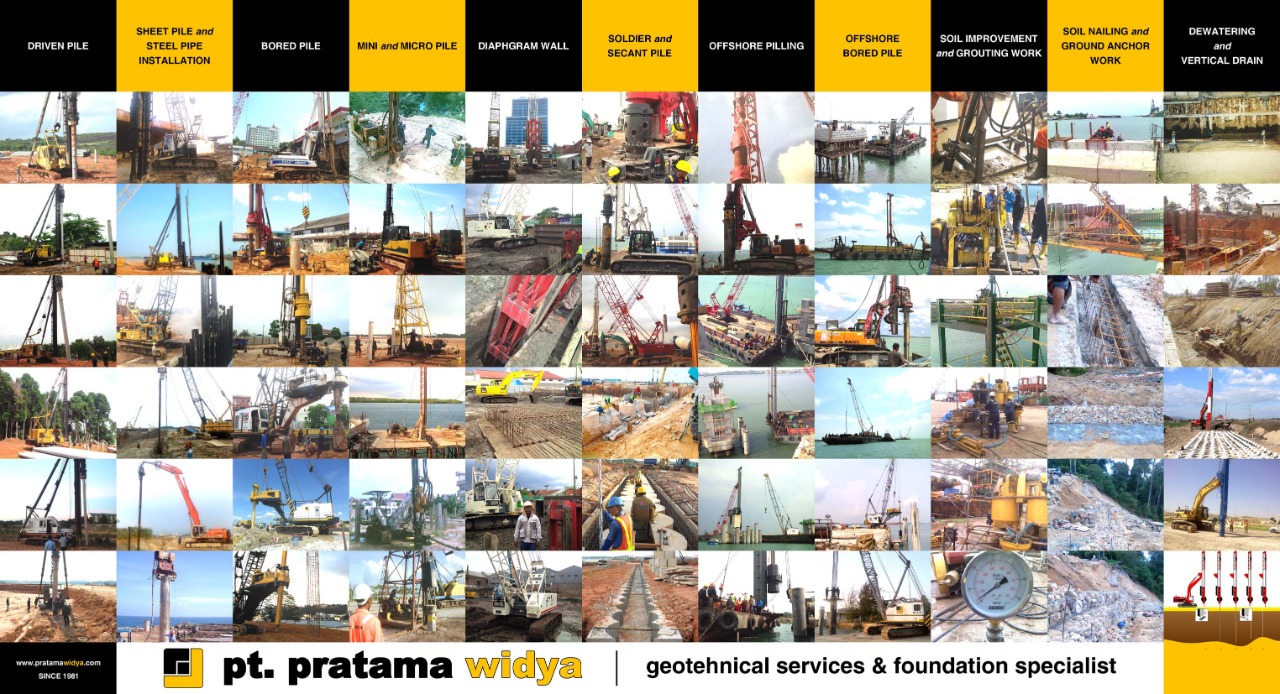 With over thirty five years of experiences, we has been proven capable of completing both small and large scale projects, both onshore and offshore works, overcoming the ever increasing problematic and sophisticated challenges. To strengthen our flexibility and capabilities in offshore works, in 2014 we have formed our group company PT. Mitra Perkasa Bahari providing us offshore support services from vessels (barges, tug boats), navigation until licenses.

To be the nation leader in one stop service of foundation and ground engineering works and to provide a positive and rewarding environment to our valuable employees and shareholders.